Commonweal Theatre in Lanesboro has some holiday fun for us…as if reopening after COVID-19 weren’t enough. After surviving almost two years of the pandemic shutdown, their audiences are finally returning to live shows—vaccinated and masked, of course. This calls for a celebration! The theatre will not disappoint. “A Christmas Carol” will run November 19 to December 19, 2021, with a surprising twist—Adrienne Sweeney, associate artistic director, will play the lead role as a female Scrooge. 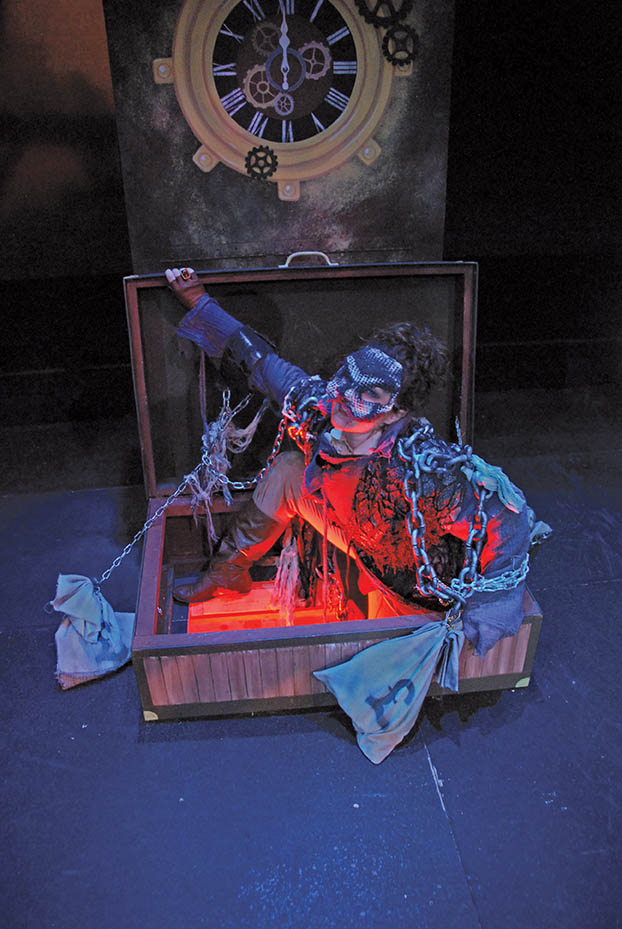 Like all staff at Commonweal, Sweeney is an artist-administrator. A Philadelphia native, she has been directing, acting and running things there since January of 2001. Over the years, she has seen a few versions of “A Christmas Carol” after it first went up in 1999. Commonweal’s script, developed for the theatre, has a cast of five to seven adults playing multiple roles and two casts of children. Scrooge is the only character who does not change roles. This production is more focused on storytelling than some and is highly theatrical, says Sweeney. Like other Christmas perennials, “A Christmas Carol” sometimes needs a reboot to keep audiences (and actors) on their toes. In the past, it has been set in 1930s Chicago and even had steampunk styling.
The idea to cast a woman as Scrooge is the brainchild of Sweeney and her longtime collaborator Philip Meuhe. Meuhe used to be the assistant artistic director and a company actor at Commonweal and has now been tapped as artistic director for the Rochester Repertory Theatre. A few years ago, he and Sweeney were taken by audience reactions to Dallas Theatre Center’s casting of a woman as Scrooge in their holiday production. “It was not a ‘pants role,’” says Sweeney. “It was actual casting of a woman as Scrooge. The cover photo in American Theatre Magazine was breathtaking.” Sweeney saw an opportunity to create a role that had always been on her list as a woman actor and director.
That same year, Charity Jones understudied Scrooge as a “pants role” at the Guthrie Theater in Minneapolis. The show sold out all through the weekend she was onstage. Intrigued once again, Meuhe and Sweeney started working on a script adaptation. They wondered how common it was for women in Victorian England to be business owners or inheritors, and it turned out that it wasn’t as far-fetched as it may seem. Many women were placed in that role as widows, for example, or through other family circumstances.
When Meuhe left for his new position, Craig Johnson was brought in to direct. Johnson had been on staff at the James J. Hill House Museum in St. Paul and had adapted Victorian literature for the stage many times before. “Writing the script, then bringing back the show after quarantine has truly been a community effort,” says Sweeney. “And that’s how I like to work.”
The production team recognizes how the gender change in casting makes everyone aware of how society views women, especially in the #MeToo era. “There are a lot of layers to peel back,” muses Sweeney. “Victorian society had so many expectations of women, even as Queen Victoria ironically embodied the contradiction of both devoted spouse and woman CEO. A male Scrooge could be unkempt and crabby and still be successful, but a woman in business, even now, would have to present herself well. How would a female Scrooge deal with the personal losses at the center of the story? How would she treat her associates? There’s a lot to peel back here and a lot to add on and a very strong feeling that many things have not changed since then.” 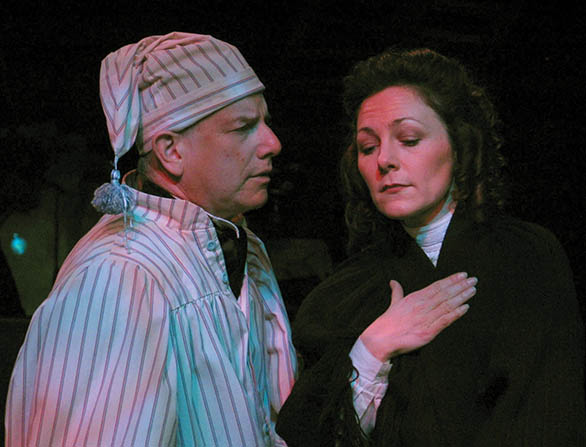 Sweeney spent the fall in rehearsal for the fourth show of the current season—”Come Back,” a two-person comedy about love and loss. The five productions this year have been carefully calibrated to emerge from quarantine while keeping the theatre going. “We started with a one-person show—‘I Love to Eat,’ about James Beard—in the spring and then added one more cast member, then another,” says Sweeney. “We all got vaccinated fairly early on in March. Because we live in such a small town, we were lucky. So then we slowly added cast members and have had virtual shows throughout the year as well. ‘A Christmas Carol’ will be our biggest cast this year.”
In 2019-20, Commonweal produced five virtual productions, and that has continued this year as an option for audiences. They aren’t live shows, but rather scheduled pre-recorded content offered at certain times and dates. Sweeney feels that virtual shows are now “part of the package” for all theatres. “In a really nice way,” she says, “it’s become an accessibility staple. A lot of our older patrons appreciate the flexibility of attending when weather is poor or they are away for the winter. They also like the closed-captioning. And of course, it allows remote family, friends and peers to attend shows or watch them again later. It really got us through the pandemic and kept our community connected so that we were ready to step back into live theatre. Having that and the flexibility of a local resident company really kept us afloat.”
A holiday visit to Lanesboro—no excuses needed
“For Rochester theatregoers who have not been to a Commonweal production, I would just say it’s not as far away as you think. And what are you waiting for?” says Sweeney. “The drive is beautiful, we have a main street filled with local shops, cafes and now a brew pub, and biking or strolling on local trails is beautiful. You can come and enjoy theatre as a holiday event and even stay overnight at a guest house. You are needed as an audience member…any show you go to brings us back to center from the challenges of the past two years.”
She continues, “What I see is that we’re all happy to get back to the experiences that keep us human, alive, connected. We missed that energy exchange of human interaction. For me, getting back to acting and directing has been so cathartic, as well. It’s been filling me up to once again collaborate and come together to create amazing art and ideas. Even if you have to wear a mask, just go! What could be better than celebrating the holidays with live theatre, family and friends?” ::

:: get connected
“A Christmas Carol” will open to preview on Friday, November 19 and run through a matinee on Sunday, December 19. Masks are required for attendance, regardless of vaccination status. For more information, go to commonwealtheatre.org.

Rochester Women Magazine is hosting a special viewing of “A Christmas Carol.” Travel with us to Lanesboro for the 1:30 p.m. show on Saturday, December 11. For more information visit our website: rwmagazine.com.

Check out these other holiday experiences this season!

In her 15 years of living in southeast Minnesota, Rochester Women Magazine has been Anastasia’s touchstone for the many communities of women in our city and region. She is so grateful to contribute to this amazing resource. As a nonprofit and education volunteer and staffer, mom, and gardener, all of her passions can be found on these pages, and she looks forward to helping develop more content. When not writing articles, she can be found reading, running, gardening and enjoying time with family and friends. 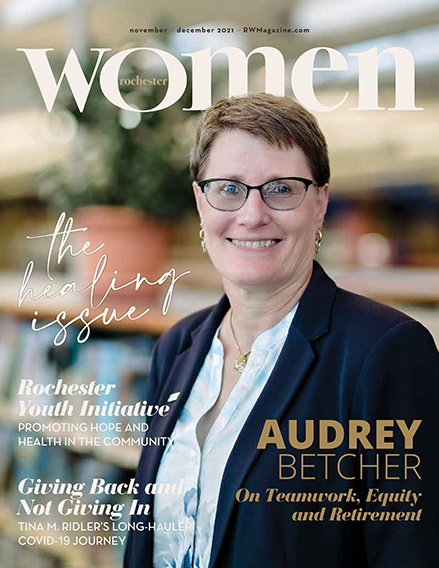