Mary Hartman’s now successful business, StableFeed, started as many do: at the kitchen table. And it started the way many success stories do: because she saw a gap in the market.

Mary’s former horse, Aya, had a severe physical reaction to stress when she was with a trainer. Aya needed something to relieve her ulcer symptoms, but Mary couldn’t find a non-pharmacologic solution or support for her horse.

“My horse had a need,” she says. “And I did not want to address it with long-term medication use. My vet suggested I start with chia for gastric support, so I expanded on that idea. It worked brilliantly, so I ended up creating effective supplements for other common problems in horses. And then word spread.”

Referencing the National Institute of Health’s website, Mary concocted an at-home chia mixture that is now packaged loose or in biscuit form with patented superfood supplements. The biscuit is made with a pill dimple in it, so a horse’s medications can be consumed at the same time.

“We get results you can see,” Mary adds. “Clients know we put in the extra work. We don’t cut corners. We don’t scrimp.”

Thinking back to her childhood, she realizes she loved horses from the first time she encountered one. “I had a pony named Peanuts when I was very young,” Mary says. “I didn’t have any tack, and I didn’t really know what I was doing, but we had a lot of fun together. I didn’t have the opportunity to be involved with horses again until my daughter took an interest in riding.”

Mary says she loves everything about horses. They’re intelligent, intuitive and gentle animals, she shares. And while she says riding is fun, she has just as much fun grooming her horse, Montreal, or “just hanging out with him. It’s very easy to call a horse ‘friend’ because of the depth of bond they are capable of establishing.”

She has learned patience both with herself and them, as well as humility. “There is no species of animal that humans owe more to than equids,” Mary says, “So creating all natural superfood supplements to support them and improve their health is gratifying.”

Her goal for the future is to see her company set the bar higher for other equine supplement and feed companies by creating better, healthier products that respect the horse. “We are partnering with others who use regenerative agricultural practices to restore the soil for true sustainability,” she says.

“There’s nothing quite like spending time with a horse,” Mary shares. “Whether you take them on a trail ride, work them in an arena, sit in a chair and read with a view of them peacefully grazing or hand walk them down a road, their gentle and peaceful nature allows you to take a deep breath and relax.” 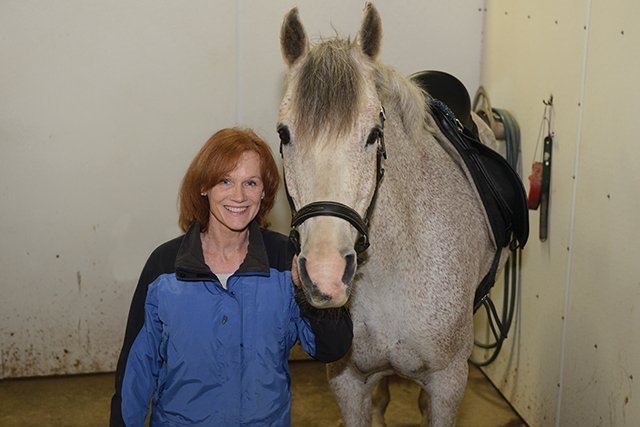 Renee is a mom of two teenagers and a freelance writer in Rochester. She has no at-home office but dreams of one day having one.