Shennong (神農) was a mythological Chinese ruler from before 2070 BC who is believed to have taught the Chinese everything there is to know about farming and herbal medicines. Legend states that Shennong would taste every plant he’d come across and make notes of how he felt after he tried the plants. He would also give ratings and rarity or note whether the plant was poisonous. According to the legend, Shennong had a transparent stomach so he could watch the effect of each plant through his body, and that’s how tea was discovered. Shennong drank some tea once and found that the tea cleaned his stomach. He then tried drinking tea after tasting a few poisonous herbs and found it to be an antidote to over 70 poisonous herbs! 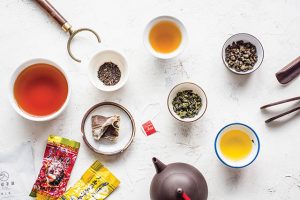 ‘Tea’ versus ‘tisane’
Tea is one of the most popular drinks around the world, but tea is different from ‘tisanes.” “Tea” (茶) is a specific plant variety that’s grown for its leaves to be processed into tea. Fermentation, drying and roasting are often involved in making tea. Tisanes are made with flowers and herbs, and while they are often referred to as “herbal tea,” many don’t actually contain leaves from a tea plant

Types of tea
There are many types of tea, such as green, oolong, black and pu’er, to name a few. These names represent the method of preparing the tea leaves after they are harvested. The most notable differences are how the leaves are roasted and fermented. But don’t let these names limit you because many teas don’t go by these names. Some teas are named by origin, such as Ceylon, because a Ceylon black tea will have a different flavor than a Taiwanese high mountain black tea. Other teas are blends of leaves from around the world.

How to brew tea
This is a question I get asked all the time. I used to try to be precise and give answers that seemed smart, but it changed after visiting my uncle, who is a tea master in Taiwan. He’s been learning everything about making tea since he was 18 years old and now oversees many tea factories and their tea-making. 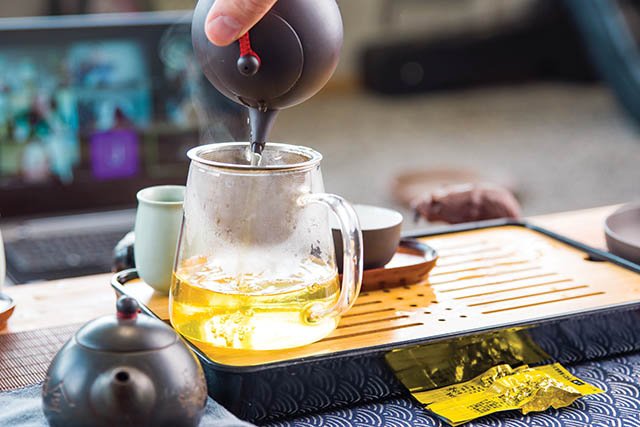 Here are his tips for making tea:

Born and raised in Taiwan by a picky-eater dad and a mom who’ll try anything, Tiffany has tasted a world of flavors. Through traveling, she learned the relationship between food and culture, and the importance of supporting locals. Tiffany currently works as a food photographer, blogger, and occasional artist and designer. You can visit choochoocachew.com to learn more about her foods.